Before the Grace Gospel Church began in 1939, Pastor and Mrs. Carl Clum started a Mission at 105 S. Main St., Ada (Baker's Hardware) in the front of the building and they resided in the rear of the same building. The Clums later moved to a residence on W. Lincoln St. and Mission meetings were held in different homes until the next meeting place was obtained at 113 S. Main St., (Reichert's Clothing or the Young Building). The Mission continued for about five years until the decision to build a church home was made.

July 23, 1939 was the date it all happened. The Grace Gospel Church was dedicated July 23-26 with Pastor Bert Baker of Grand Rapids, Michigan bringing the message. There was great fellowship the four days the word was brought forth. Pastor Carl C. Clum was Founder of the Grace Gospel Church. Cliff Mowery was head carpenter with many other workers donating their time in the construction of the building.

Songs and Praises remained throughout the years with broadcasting from the Grace Gospel Church over the WFIN Findlay radio station. This began in 1943-1953. Several of the congregation gave their time once a week to do the work of the Lord. There was music, testimony time and preaching. This Ministry reached a great number of people.

The Grace Gospel Church became headquarters for the Grace Gospel Fellowship conference of June 7-9, 1954. There were 17 speakers which participated in the Conference. A few which spoke were Pastor Donald Elifson, Pastor J.C. O'Hair and Pastor Hal Reed...

Now the time has come to celebrate our forty-fifth anniversary. On July 22, 1984, we had Sunday School at 9:30 a.m. with Morning Worship Hour at 10:30 a.m. At the noon hour a luncheon was served and there was fellowship one with another. It is the same as it was back at the beginning of the Church in 1939. The Grace Gospel Church was dedicated for the purpose of preaching Jesus Christ according to the Revelation of the Mystery (Romans 16:25). The same applies today. Pastor Carl C. Clum returned to the pulpit at this time to bring the morning message titled "Why the Grace Gospel Church." Pastor Clum preached for 42 years and is now Pastor Emeritus as of 1981...

In the history of 45 years of the Grace Gospel Church there have been many revivals where the young and old have come to the saving knowledge of the Lord Jesus Christ. Some of the members have gone home to be with the Lord and some are unable to attend church, but are with us in spirit, prayer and thought.

Now we have new generations who are part of the Church today and will be in the future. We pray for their spiritual needs to be fulfilled and that the Grace Gospel Church will be in existence until the return of the Lord.  May the Grace of the Lord Jesus Christ and the Love of God and the Fellowship of the Spirit be with you all. (2 Corinthians 13:14) 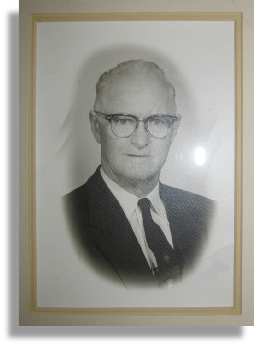